Order for
Your online cart is empty.
Order for

Amplifying Solidarity: A Northrop Online Series is a program of free live streamed concerts and a film screening occurring throughout the month of September intended to use music and art to lift the voices of marginalized people and also to welcome our campus community.

A collaboration between Northrop, Radio K, Weeks of Welcome, Multicultural Student Engagement, and The School of Music, these events will focus on the movements that are uniting us this year: the physical distancing requirement that is forcing us to collaborate in new ways; and the Black Lives Matter movement that is uniting us to bring an end to systemic racism. In a year filled with powerful events, ever-changing daily life, and an upcoming election, we hope to help amplify the voices of our community members while sharing some spectacular music by Twin Cities artists. The free concerts will be live streamed from Northrop's Carlson Family Stage. The film will be screened over Zoom, followed by a talkback, and also will be free with donations requested. 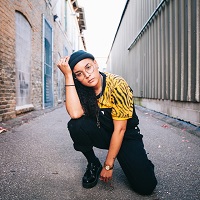 DJ Keezy is a product of North Minneapolis who has been making waves in the Twin Cities for 7 years. She is a curator of many dance nights within the Twin Cities that hold safe spaces for BIPOC LGBTQIA+ people, including The Klituation dance party that launched in 2015 in First Avenue’s mainroom. Keezy was named City Pages’ Twin Cities Best Club DJ of 2017 and has shared her passion for music by touring nationally and internationally. She has played at prestigious venues throughout the U.S such as Red Rocks Amphitheater, 9:30 club, and Brooklyn Steel, and has opened for established acts such as DJ Spinderella, De La Soul , Big Freedia, Jessie Reyez, Trina and many more. DJ Keezy is also co-founder of Aunties that launched July 2020, a soon-to-be music venue that centers BIPOC womxn and BIPOC LGBTQIA+ people. Thu, Sep 3 noon - 1:00 PM Free live stream 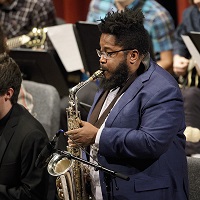 Christopher Rochester is an African American musician, educator, and composer who has been working at the professional level for 15 years. He has studied and played with artists such as Greg Osby, George Garzone, Scotty Barnhart (of the Count Basie Band), and many other musicians at the forefront of the music industry. Chris was exposed to many Black American cultural practices during his youth, and was fortunate enough to be able to quickly understand how much influence that culture plays in music. This has afforded him the ability to both perform and teach in a way that shines light on the cultural influences of Black American traditions. He has taught in Florida, Minnesota, Georgia, and Alabama, helping students receive scholarship offers from across the nation. Thu, Sep 10 noon - 1:00 PM Free live stream 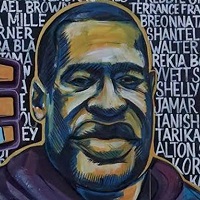 Northrop is standing with Twin Cities theater companies to present a free Zoom screening of A Breath for George ; a collection of songs, interviews and poems created by New Dawn Theatre and Minnesota artists to: honor Floyd’s life; speak to this moment and moments past openly and honestly; and to share avenues which promote hope and positive changes for the future. A Breath for George gives voices to the ways Black citizens and residents historically have been negatively affected emotionally, physically, and financially by systemic racism and nationwide police violence. Donations will be accepted for local charities. Fri, Sep 11, 8:00 - 9:00 PM Free Zoom screening 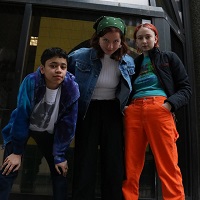 Sapphire is a pop-punk, singer-songwriter group composed of Indigo Koonce (they/them) on lead guitar, Henry Breen (he/him) on drums, Ava Levy (she/her) on vocals and guitar, and Lily Govrik (she/her) on vocals and bass. Ava Levy and Lily Govrik have been playing music with their artistic families since they were toddlers. When they met in high school, they knew they needed to begin writing and performing music together. Ava and Lily attended Saint Paul Conservatory for Performing Artists, where they met Indi and Henry. While there, they were immersed in the teenage, DIY music scene and created Sapphire with the goal of introducing more non-cis men into the Minneapolis music scene. They want to show younger girls, non cis men, and people of color that there is a place for them in the music scene.” Thu, Sep 17 noon - 1:00 PM Free live stream 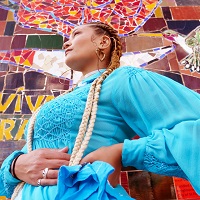 Lady Midnight is an experience. She is an ethereal vocalist and performance artist who draws upon her multidisciplinary background in visual art, dance and Afro-indigenous roots to create work that timelessly reflects our collective lives. Lady Midnight is one half of the group Parables of Neptune, a duo with Afrokeys (former keyboardist of Atmosphere) and was named Best Twin Cities Vocalist of 2017 by City Pages. As Lady Midnight, she has recorded with international touring artists Bon Iver, P.O.S., Brother Ali, as well as performed with internationally acclaimed icons Common, Moby, Andra Day, and Aloe Blacc, among others. Lady Midnight has dedicated her life to using the arts as a power for change and confronting trauma. Thu, Sep 17 noon - 1:00 PM Free live stream